What Are Sleep Spindles and Why Are They Important? 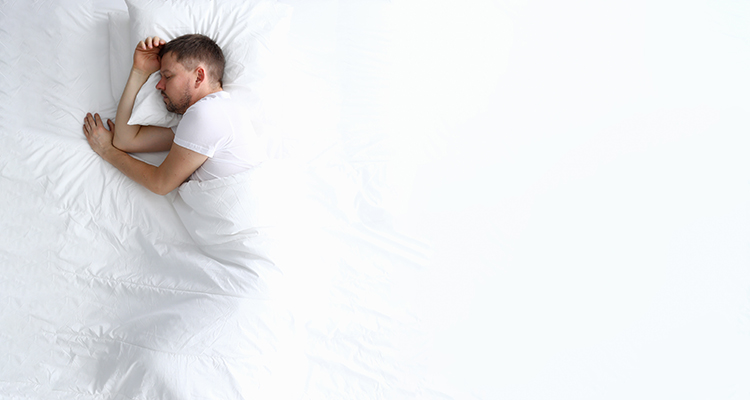 What Are Sleep Spindles and Why Are They Important?

For centuries people have been searching for the secret to achieving consistent, quality sleep. Recent advancements in technology have only brought the importance of sleep even closer to the forefront of scientific research.

One such area that holds especially important meaning is the study of sleep spindles. In short, sleep spindles are the pattern of brain waves that people experience as they move through different stages of sleep. But there’s much more to it than that. Scientists and sleep specialists continue to study both the purpose and significance of sleep spindles, including why they differ from one person to the next.

In this article, we’ll share what recent data and research say about sleep spindles and what impact these discoveries have on human sleep habits and quality of life. 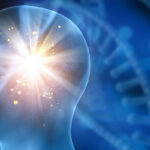 A Closer Look at Sleep Spindles 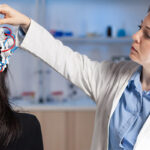 How Are Sleep Spindles Measured? 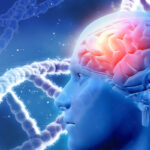 The Two Types of Sleep Spindles

The Connection Between Sleep Spindles and Sleep Stages 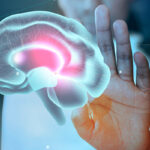 Why Do Sleep Spindles Happen? 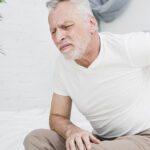 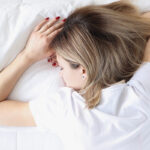 The More You Know, the Better You’ll Sleep

A Closer Look at Sleep Spindles

Sleep spindles is a scientific term used to describe the patterns of brain waves that you experience while sleeping. The human brain experiences both delta and theta waves during sleep. Brain activity also spikes and drops as you transition from NREM to REM sleep cycles. Brain waves and sleep spindles are measured and observed using an EEG (electroencephalography).

As of this writing, researchers haven’t determined the meaning or significance of sleep spindles but insist they’re a phenomenon that requires further attention and inquiry. Some scientists believe that sleep spindles play an important role in how efficiently the brain processes, learns, and integrates new information (also known as brain plasticity) as well as consolidated memories. There’s also some correlation between sleep spindles and how the brain responds to external stimuli during sleep.

How Are Sleep Spindles Measured?

Sleep spindles are measured using an EEG. Sleep specialists attached approximately 20 electrodes, or sensors, to a patient’s scalp so the EEG can measure brain waves and activity. These electrodes collect and send important information from the person’s scalp to a machine that records brain activity in the form of waves. From here, scientists can evaluate the information and identify abnormalities and patterns. 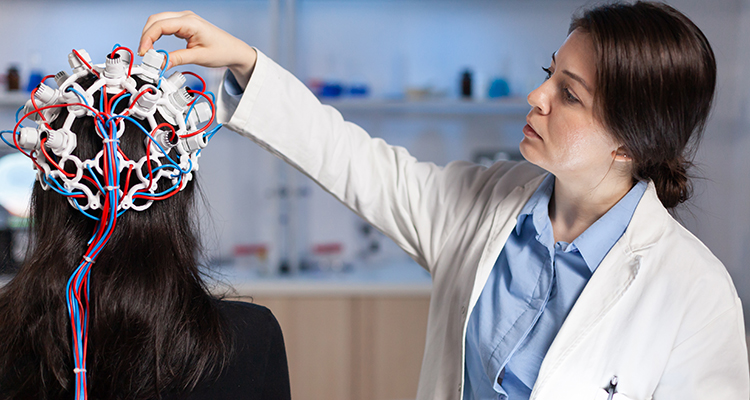 EEGs are used in most sleep studies (also known as polysomnography) but are also used to measure abnormal brain activity in patients with epilepsy. Sleep spindles show up as sine waves and range in frequency from 11 to 16 Hz (hertz). Hertz is a unit of measurement commonly used when measuring a variety of electrical currents and indicates the number of cycles per second. The higher the number of cycles, the greater the frequency.

Sleep spindles are particularly easy to identify since they most commonly occur during slow-wave sleep. Scientists describe sleep spindles as “short bursts of activity” that emerge among less dense, frequent waves. These bursts of activity increase in amplitude before decreasing, creating a pattern similar to that of a wool spindle (one reason they got their name). Most sleep spindles last between.5 and 3 seconds and may occur as frequently as every 3 to 6 seconds.

The Two Types of Sleep Spindles

Not all sleep spindles are equal. There are two different types that scientists examine – fast and slow. The frequency of each spindle is what determines its type and each type originations in a different area of the brain. 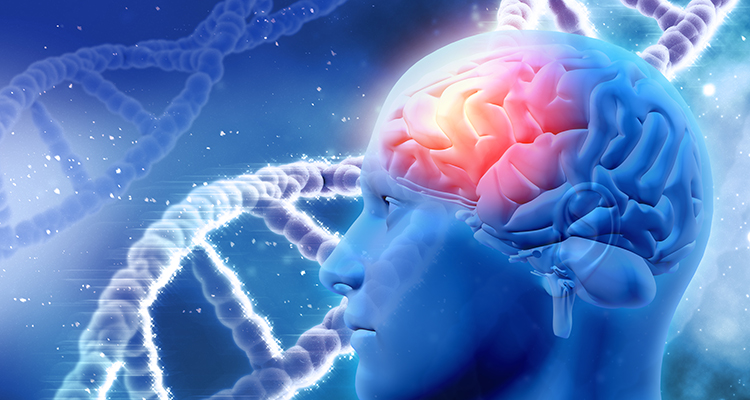 Studies show that sleep spindles are most common during stage 2 of NREM sleep. They share this sleep cycle with another type of brain wave pattern called K-complexes.

The Connection Between Sleep Spindles and Sleep Stages

Now that you understand a little bit more about what sleep spindles are and how doctors observe them, let’s discuss their relevance. To start, we need to briefly discuss the different stages of sleep and how your brain activity changes during each. 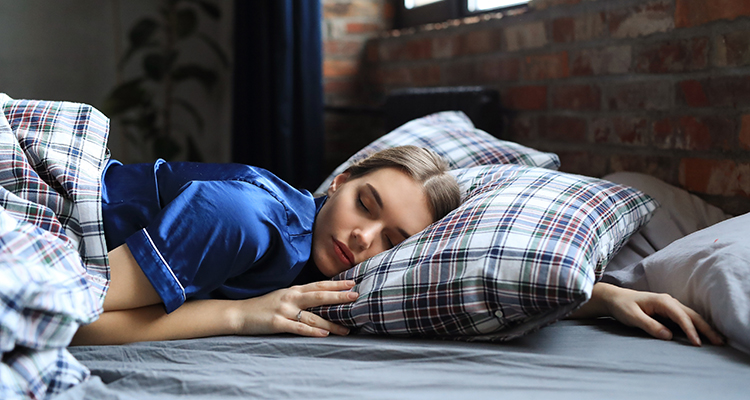 The average adult cycles through four distinct stages of sleep every night. These four stages are broken down even further into REM (rapid eye movement) and NRM (non-rapid eye movement) sleep. NREM sleep comprises the first 3 stages, whereas stage 4 of sleep is considered REM. Most people spend as much as 80% of their total sleep time in the first 3 stages of NREM sleep. During this time, your brain activity slows down, as does your heart rate and breathing.

Once you enter REM sleep, your brain activity, eye movement, heart rate, and breathing all increase to a speed similar to that of being awake. Your limbs also become paralyzed at this stage and your dreams will become more complex and vivid. REM sleep usually occurs approximately 90 minutes after you fall asleep and lasts anywhere from a few minutes during the early stages to as long as an hour the longer you’re asleep.

Why Do Sleep Spindles Happen?

Current research suggests that sleep spindles occur due to activity in the neocortex and thalamic reticular nucleus of the brain. Here are a few other potential reasons why some people experience sleep spindles more often than others. 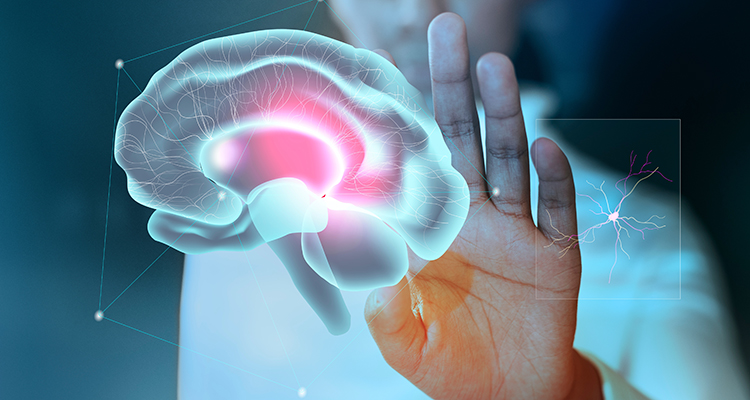 The Brain is Working to Consolidate Information

Some individuals experience an increase or spike in sleep spindles after learning new material or reading complex information. These changes are noticeable in the areas of the brain where learning occurs, including the cerebrum. Studies suggest that sleep spindles play an important role in transitioning new information into long-term memories.

The Brain is on Sensory Overload

Your brain is hard at work when you’re sleeping. Not only is it processing information but it’s also working hard to ensure you stay asleep in order to repair itself. The area of the brain known as the thalamus plays an important role in processing sensory input. Studies show that sleep spindles focus on the thalamus by suppressing external stimuli, reducing your risk of waking up.

Some researchers believe that sleep spindles are important for motor sequence learning, including smooth pursuit and hand-eye coordination. Doctors note an increase in fast sleep spindles when people are learning new motor skills or tasks.

Sleep spindles don’t always follow the same patterns and can differ from one patient to another. Research suggests that spindle activity, including frequency and speed, may be impacted by a person’s physical and mental health. Scientists continue to study exactly what role sleep spindles play in diagnosing and predicting certain health conditions and illnesses.

Here are a few more underlying factors that may impact or trigger unusual sleep spindles. 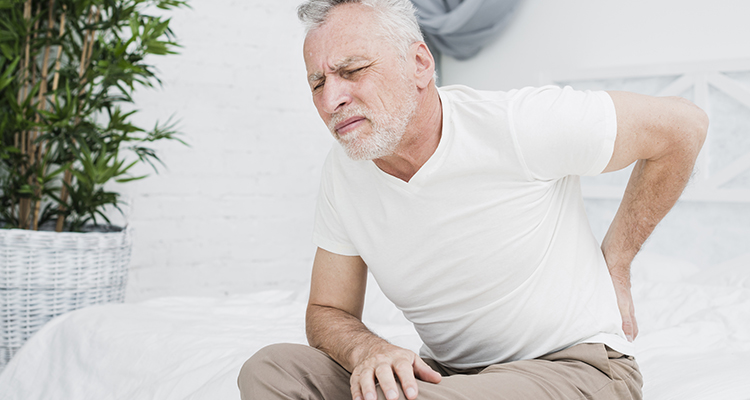 Aging may also impact sleep spindle activity. Research shows that as you age, you may experience sleep spindles less often. When they do occur, they tend to last for shorter periods of time and be lower in frequency. Because sleep spindle activity is associated with learning and memory, it’s believed that this reduction in activity could also be linked to memory impairment, cognitive function, and even Alzheimer’s disease.

There are several types of epilepsy that are characterized by spikes in brain waves and activity. These usually occur when the patient is experiencing a seizure and resemble the same patterns found in slow sleep spindles. Referred to as spike and wave discharges, these changes in brain activity normally occur during NREM sleep. This is the same period of time when sleep spindles occur, leading some scientists to believe the two activities are connected or at least share similar pathways in the brain.

Individuals who have had a stroke may also experience reduced sleep spindle activity. Doctors explain that this change in sleep spindles is dependent on the type of stroke, the location, and the severity.

Dyslexia is fairly common in children and affects as much as 20% of the population. Studies show that children with dyslexia may experience an increase in slow spindle activity. One belief is that the brain of someone with dyslexia compensates for this learning disability by tapping into other regions of the brain. This is done in an effort to decode and decipher words and phrases. Increased sleep spindle activity may be an indicator that one area of the brain is trying to send information to another.

People with Alzheimer’s disease, Parkinson’s disease, dementia, and similar neurological disorders reportedly have lower-than-normal spindle density. Density is calculated by dividing the total number of spindles in each sleep stage by the total number of minutes of these stages during a specific sleep period. Research suggests that this reduction in sleep spindles could be connected to the cognitive decline observed in these types of neurological disorders.

When someone slips into a coma, they aren’t technically asleep. For this reason, they don’t move through the typical stages of sleep. Someone in a coma has minimal brain activity and is virtually unconscious. Therefore, if sleep spindles are detected, it is a good indication that the person has healthy brain activity and may eventually come out of their coma.

The More You Know, the Better You’ll Sleep

The importance of sleep is often understated. It’s about more than just getting a few hours of shut-eye at night and getting back up in the morning to rejoin the rate race. Sleep affects every aspect of your physical, mental and emotional life. 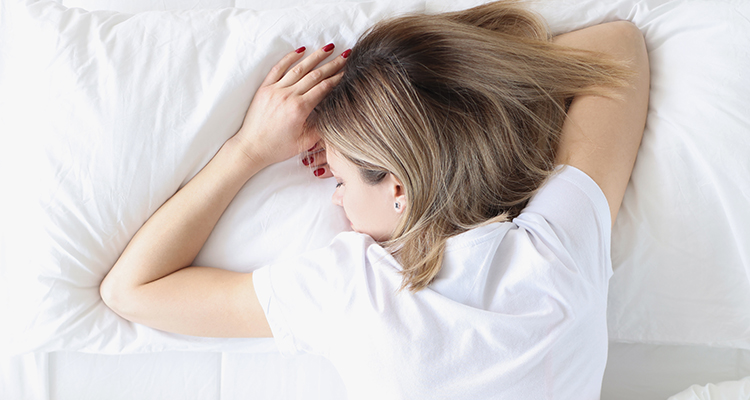 The more information you have about sleep, its benefits, and how it works, the better equipped you’ll be to adopt healthy sleep habits. And that’s why there are thousands of sleep doctors, specialists, scientists, and therapists dedicated to learning as much as possible about sleep patterns, including sleep spindles.

If you want to learn more about sleep and the role it plays in your overall health, check out the other articles on our blog. You can also click here for more information on our innovative online therapy sleep program designed to help you finally achieve the blissful night’s sleep you deserve. 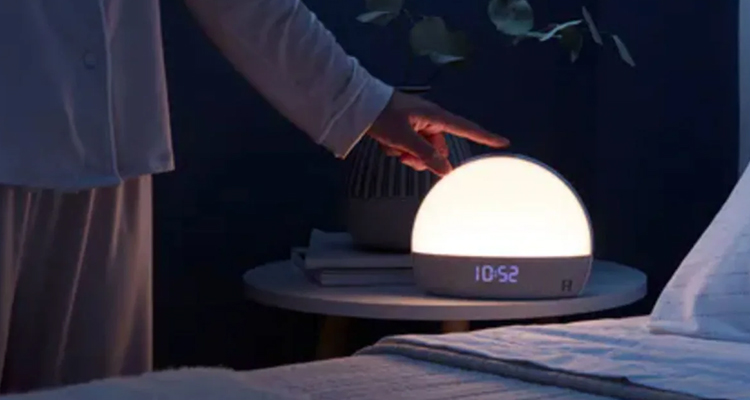 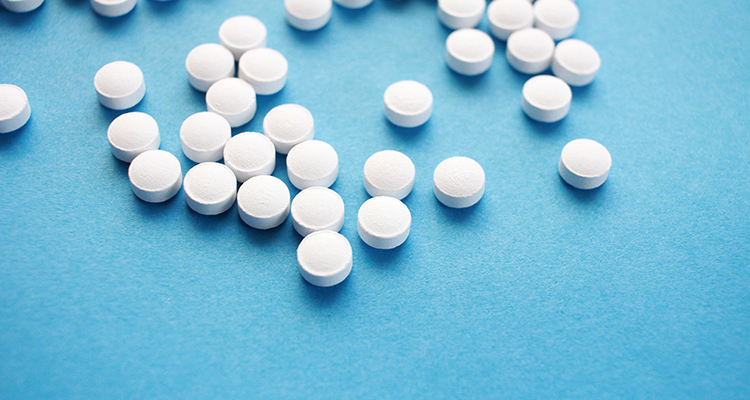 How Much Tizanidine (Zanaflex) Should I Take for Sleep?

One of the most important things to consider when taking any medication for sleep is how much you should take. Taking Valium (Diazepam) for Sleep: What It Is and How It Works

Valium, also known as Diazepam, is a benzodiazepine used to treat a variety of conditions including anxiety, acute and